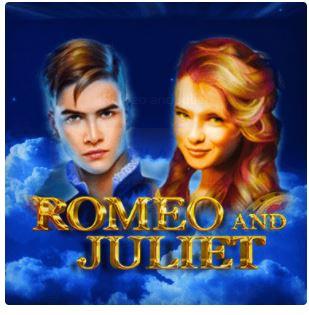 Back in the days, classic slot machines were the rage, and they usually come equipped with traditional symbols like fruits, bells, and lucky 7’s. Although classic fruit machines are still universally loved and enjoyed by many players online, rapid technological development has allowed slots to undergo unprecedented advancement in features. With the new and improved graphics, animations, sounds, and 3D graphics, software providers can now add themes and storyline to make the game all the more exciting and fun to play.

Today, you will discover many slots filled with varieties of design and themes when you go online, even Romeo and Juliet. Game providers can find inspiration from almost anything, as long as they feel that players will widely accept it and what can be better than turning a great book, blockbuster movie or TV-serie into a game.

The games we will present you with here are at the top of the leaderboard at online casinos reaching players from all over the world. At Playigo they are easily found under the category of “Popular”, at some sites you will find them under the category of “TV-Themed Slots Machines”, “Blockbuster Slots” or something similar.

Dr Jekyll and Mr Hyde is a 3D video slot based on Robert Louis Stevenson’s famous novel. The book is centred on a good doctor that transforms into an evil monster at night. Betsoft, the developer behind this game used this popular storyline to design a game with 30 paylines on a 5-reel x 3-row setup. Both the Hyde and Jekyll are the highest paying symbols followed by other symbols taken from the novel. The game is filled with bonus features that include wilds, scatters, and tons of free spins. With a minimum stake of NZ$ 0.02 and a max of NZ$150, both casual players and high rollers can enjoy this game.

A game based on a TV show as popular as Game of Thrones must be a winner and it is. The TV show is based on the popular best-selling Song of Ice and Fire series novels by George R.R Martin. This game is developed by Microgaming, one of the best providers in the market. It is a 5-reels x 3-rows machine that comes in two versions. One version uses 15 paylines while the second version uses the Microgaming betway system, featuring 243 different ways to win. This makes it a fan favourite among Aussies. The game comes equipped with stacked wilds and four free spins features that include House Baratheon, House Lannister, House Stark, and House Targaryen equipped with unique features.

Microgaming’s Dark Knight is a video slot game based on the Dark Knight blockbuster movie. Directed by Christopher Nolan, the film became a blockbuster upon release and featured Christian Bale as Batman/Bruce Wayne and Heath Ledger as the Joker. Microgaming’s developing team developed the game, and they did a fantastic job bringing out the movie’s plot through the game’s graphics, design, and animations. It offers five reels, three rows, and features like wilds, scatters, and free spins bonus round that promises bigger wins. Interestingly, instead of the standard paylines, The Dark Knight features 243 ways to win and a progressive jackpot making the eye catching game even more rewarding.

The old world of extinct dinosaurs has always been a fascination in many circles, which is why movies “Jurassic Park and Jurassic World,” based around dinosaurs was widely accepted. Slot providers like Microgaming immediately took advantage of this genre to produce many exciting games like Jurassic World. Jurassic World is a video slot game based on the 2015 blockbuster movie of the same title. It was created after the success of the original Jurassic Park slot also based on a same-titled movie. The game is played with five reels, three rows, and 243 ways to win. It features characters in the movie including Owen Brady (Chris Pratt), Vic Hoskins (Vincent D’Onofrio), Claire Dearing (Bryce Dallas), Simon Masrani (Irrfan Khan) and dinosaurs as playing symbols in the game. Furthermore, you will come across a scatter feature, indominus feature, and three different free spins game, each with its unique features within the game.