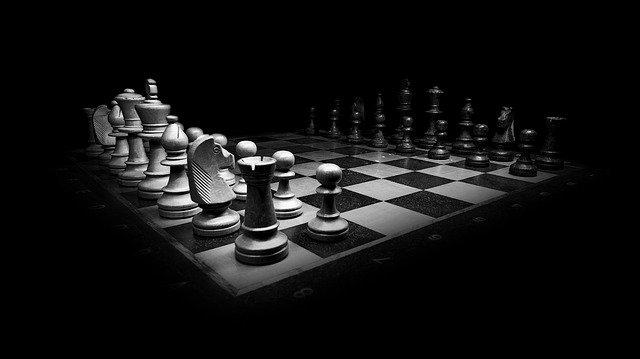 All games require a certain level of skill to be played. However, there’s a clear distinction between the ones that come naturally for skilled players and those that seem impossible without thoroughly studying the rules. In today’s article, we’re looking at those entertaining activities where perfectly knowing the rules beforehand can make a huge difference!

Perhaps the best example anyone could give when talking about how you can’t excel in a game without knowing the rules. It’s a perfect choice as well as chess is suddenly very cool and popular thanks to Netflix’s Queen’s Gambit that premiered towards the end of 2020. Since every piece on the chessboard has a strict set of rules it has to follow when it comes to movements and capabilities, it’s obvious that someone won’t be able to just sit down at a chessboard and play. Furthermore, even after learning all the moves every piece can make, there’s still a long way to go until you can say you know all the rules of the game. There are so many other moments when a new set of regulations have to be followed. Castling, En passant, or Pawn promotion are just a few of the more complicated rules in chess without which a player won’t be able to win.

If you thought chess was a very complicated game, wait until you hear about Go. This abstract strategy game was designed for two players and the aim is to surround more territory than your opponent. It might help you make an idea of how complex the game of Go is after knowing that it was invented more than 2,500 years ago – that’s what makes him the contender for the title of “The oldest board game ever”. It’s played with stones and, just like with chess, one player uses the black color while the other uses the white-colored stones. The aim is to surround as much enemy territory as possible.

Sounds quite simple, right? However, since the game is played on a 19×19 grid, the possible combinations are endless and that’s what makes Go more than a game. It’s “science, art, and game” in the words of famous professional Go player, Kajiwara Takeo. If looking at a chessboard could make sense to players that never learned the rules because you can guess what’s the point of the game, Go can remain an enigma even for those that try it.

After reading about chess and Go, you might be tempted to believe that including online casino games in this article is a mistake. However, as simple table games may look at a first look, Blackjack, Baccarat and Roulette, all come with complex rules that players need to know in order to master the game. It’s true that these table games can be played without any previous knowledge. The dealer will help you with the most basic steps, however, you will most likely not enjoy it and you will just end up losing your money. Knowing the basic rules is a must and if you really want to challenge the house and walk away with some big wins then you need to master some strategies. The best way to learn these are by using the strategy guides written by professionals not directly linked to any casino operator and then use the online option of playing these games for free while learning the rules. Blackjack rules, strategies and recommended casino sites with free play option can be found here: https://www.truebluecasinos.org/blackjack

What About Luck Games?

Online slots, the most popular casino game is a great example of a luck-based game.  While the game basically is about spinning the reels until you hit a win there’s actually quite a lot to study for online slots as well. For example, knowing what various symbol combinations pay, or hot the bonus features work can make the difference between winning and losing. It’s highly recommended that you find an online casino that allows you to try these games for free, in demo play, before having to deposit. By doing so, you will be able to familiarize yourself with the mechanics and rules of the games before switching to real money play.

Don’t forget that learning the rules of every game can make the difference between winning and losing. Even if it looks like you’re a natural, always study the rules as it can give you an even bigger advantage over your opponents. And this rule applies no matter if you’re playing Go, online slots, chess, or table games!

Video games are part of life for the majority of ...

Online Casino Games To Try Out Next

With the explosion of online and mobile betting over the ...

How to Improve your Gameplay Fast? 7 Simple Tips for Beginners

Developing one's gaming skills is a difficult task. Are you ...

Any cousin's reunion night may become a game or a ...