OBJECTIVES OF AYO OLOPON: The main goal is to win all your opponent’s seeds. The winner is the person that has the most seeds.

MATERIALS: An Ayo Olopon board with 48 seeds

TYPE OF GAME: Indigenous Board Game

Ayo Olopon is an indigenous game widely played in the southwestern part of Nigeria (Yoruba People).

This game is also related to the oware game known widely among the Americans which was introduced to them by the slaves of “Africa”.

Ayo Olopon board consists of two wooden carved boards with holes on each side of the board and forty-eight seeds (called “ayo seeds”),  with four seeds in each hole for a start. 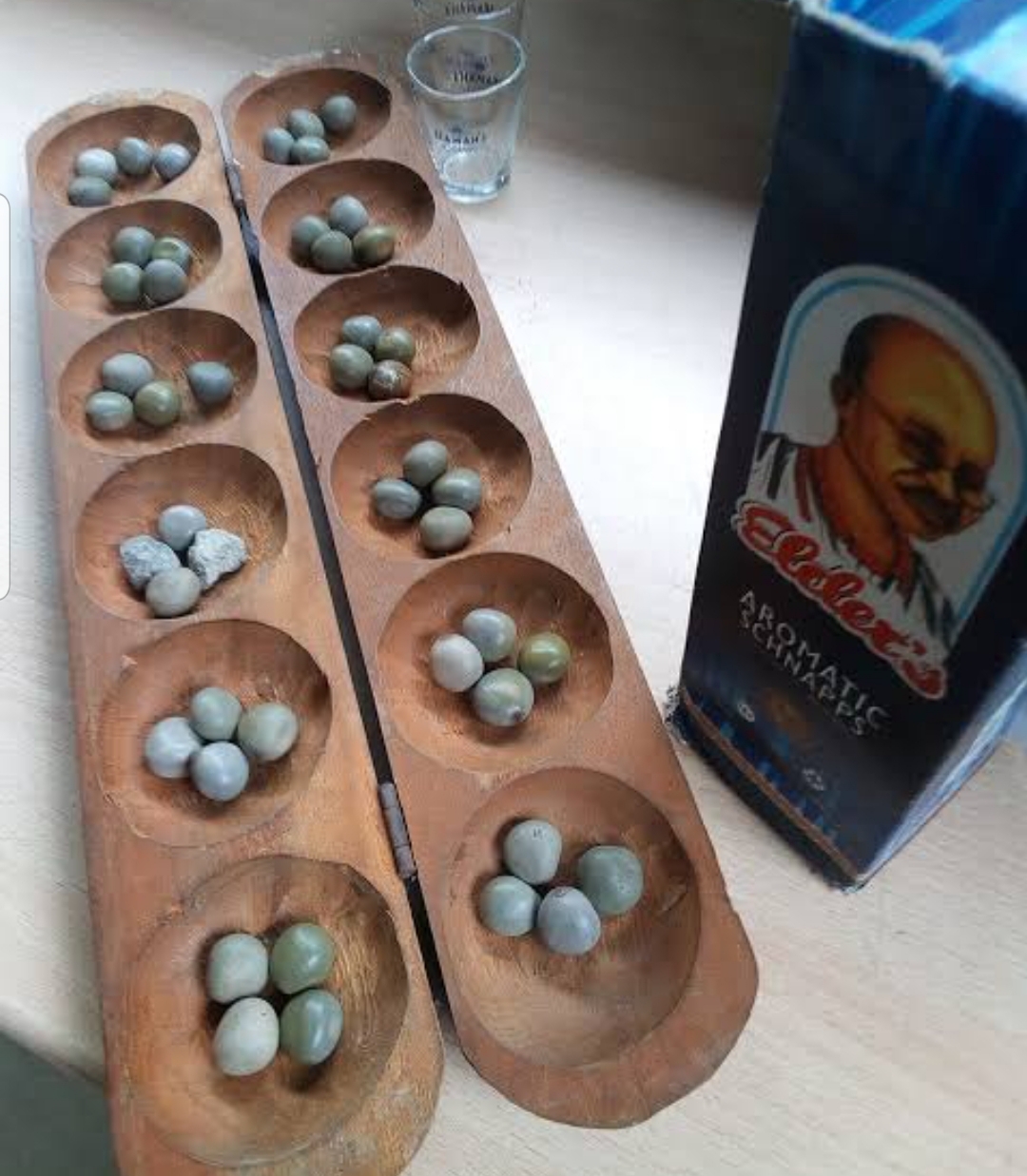 The two players take their side of the board and fill each of their six holes with four ayo seeds.

The two players take turns in an anti-clockwise run.

The players start by choosing each side of the board,  the game can begin with any of the players.

The first player picks all the seeds from any of the six holes on their side of the board and runs them through the holes in an anti-clockwise run, thereby it can run through the opponent’s holes, that’s the main aim of the game.

This is repeated continuously until one of the players has no more seeds to run.

Note: If the seeds in the hole that follows the winning hole also sum up to two, the seeds will be moved by the player.

OBJECTIVE OF FORGOTTEN WATERS: The objective of Forgotten Waters is ...

OBJECTIVE OF MEGALAND: The objective of Megaland is to be ...

OBJECTIVE OF POLYNESIA: The objective of Polynesia is to score ...

OBJECTIVE OF TRAPWORDS: The objective of Trapwords is to be ...

OBJECTIVE OF DEBLOCKLE: Win the game by removing all four ...

10 FUN VIRTUAL GAMES THAT ARE PERFECT FOR GROUPS

With Covid still prevalent, and since our day-to-day “normal” has ...

Due to the importance of writing in kids’ academic and ...