OBJECTIVE OF SATTE PE SATTA:  The objective is to get rid of all your cards before any other player.

HOW TO SETUP SATTE PE SATTA

Initially, you need to select one person who will act as the dealer for that particular round and distribute a deck of 52 cards, face-down and one at a time to each player going clockwise.

HOW TO PLAY SATTE PE SATTA

While continuing the game, the only way the sequence of suit can be started is by laying the seven of that suit on the table. 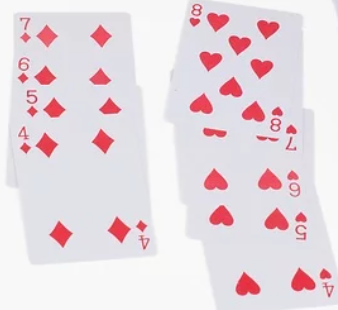 Going in order from seven means that you will only play cards that descend to the card of that suit increasing to Ace or decreasing to 2.

OBJECTIVE OF BICYCLE’S KALUKI: The first player to earn 250 ...

OBJECTIVE OF SCORZO: The player with the least number of ...

OBJECTIVE OF KNOCK RAMI: The objective of Knock Rami is to ...

OBJECTIVE OF KNOCK RUMMY: The objective of Knock Rummy is to ...

OBJECTIVE OF BONNIE AND CLYDE: The objective of Bonnie and ...

OBJECTIVE OF BAIN HAND AND FOOT: The objective of Bain ...