Games are a great way to have fun with friends and family. People play games to socialize, break the ice, or simply pass the time. But you don’t need a big group to enjoy games. There are tons of card games, board games, and activities designed for single players. So don’t worry, if you are bored and alone, there are loads of entertaining games to pass some time. We have composed a list of the ten best games to play alone! Let’s dive in.

Solitaire is likely the most widely recognized solo card game. It is difficult to win a game of solitaire, but you can become a pro with practice! The goal is to get all the cards into piles in ascending order from ace to king.

To start, deal out the cards. Create seven stacks of cards. The top card in each pile should face up. There should be one card in the first stack, with each following stack with one more card than the one before it until the seventh stack, with seven cards. Place the remaining cards in the deck to the side in a pile.

The goal of solitaire is to move face-up cards to different piles so that you can access the cards underneath them. You can move a face-up card to a separate pile if the card in the other stack is the opposite color and one number higher. For example, if one stack has a 9 of hearts and another has a 10 of clubs, you can move the 9 underneath the 10 and flip over the card underneath the 9.

If you can’t move any face-up cards, flip over the top 3 cards in the reserve deck. If you can use some of these cards in the game, do so. If not, place them at the bottom of the deck and continue flipping 3 cards until you can continue play.

If you encounter an ace at any time during the game, place the ace in the upper right-hand corner of the table. Then place the other cards of the same suit on top of the ace until you have reached the king. Once all the cards have been placed in order in their appropriate suits, the game is over, and you have won.

Jenga is a unique game in which you slowly deconstruct a wooden tower until it falls over. 2-5 players usually play the game, but you also can easily play Jenga solo. So if you are looking for a fun but mindless game to play, Jenga is a great option.

Jenga is easy to play! Simply set up the tower on a flat surface by placing three of the blocks together and then stacking another three blocks on top, turning them 90 degrees. Continue stacking until you have placed all the blocks on the tower.

Once you have built the tower, choose the first block to remove. Remember, if you touch a block, you must remove it. You can only use one hand when touching the tower; this prevents you from stabilizing it.

After taking a block from the tower, place the block on top in the correct formation without knocking over any other blocks. If the tower falls at any time during the game, you lose and start again. The best way to play this game alone is to track how many blocks you remove and compete with yourself for a high score.

Hopscotch is a classic game that most people will have played as kids. The game dates back to the time of the Roman Empire and was used as a strength test for soldiers. Nowadays, it is a great way to entertain kids and tire them out. The game can be played solo or in a larger group.

The first thing to do when setting up a game of hopscotch is to draw the design on the ground. You can draw the design however you like, but the standard format is ten boxes with a number on each box:

To start the game, throw a small stone, coin, or another small object on the number one box of the layout. Once it lands, you must start hopping and jumping to the end of the hopscotch layout and back. To do this, jump with one foot on every single square. Then, at two adjacent squares, use both feet and put one foot in each square. You must hop all the way through and back, making sure you skip the number one box. On your way back, pick up your object before jumping back to the starting point.

Continue playing this way by throwing the object into boxes two through ten and hopping through the formation. Restart the round if:

Contrary to popular belief, crossword puzzles are not only for middle-aged men. These word puzzles can be super fun and will help you pass the time and grow your vocabulary. You can find these puzzles in your local newspaper, online, or puzzle books. There is also a wide difficulty range from easy to expert-level puzzles.

As you solve clues in the puzzle, you will gather more hints. The more letters you have for a crossword clue, the easier it will be to crack.

For example, the crossword clue is “the capital of Thailand,” and there is a seven-letter space to put the answer.  If no letters are discovered yet, it will be much harder to solve. But after solving a few other clues, it will be easier to find the answer.

Keep solving the clues until you finish the entire puzzle!

Sudokus are a classic number game commonly found in newspapers and puzzle books. The goal of the game is to determine the correct number for each of the 9 squares on the sudoku puzzle.

A sudoku grid is made up of 9 3×3 sub-grids. Sudoku puzzles will always have a few of the numbers pre-printed on the puzzle so that you can get started. To play sudoku, you must write a number from 1-9 in each square. You must never repeat the name number in the same sub-grid, row, or column. You have completed a sudoku puzzle when each box is filled correctly. 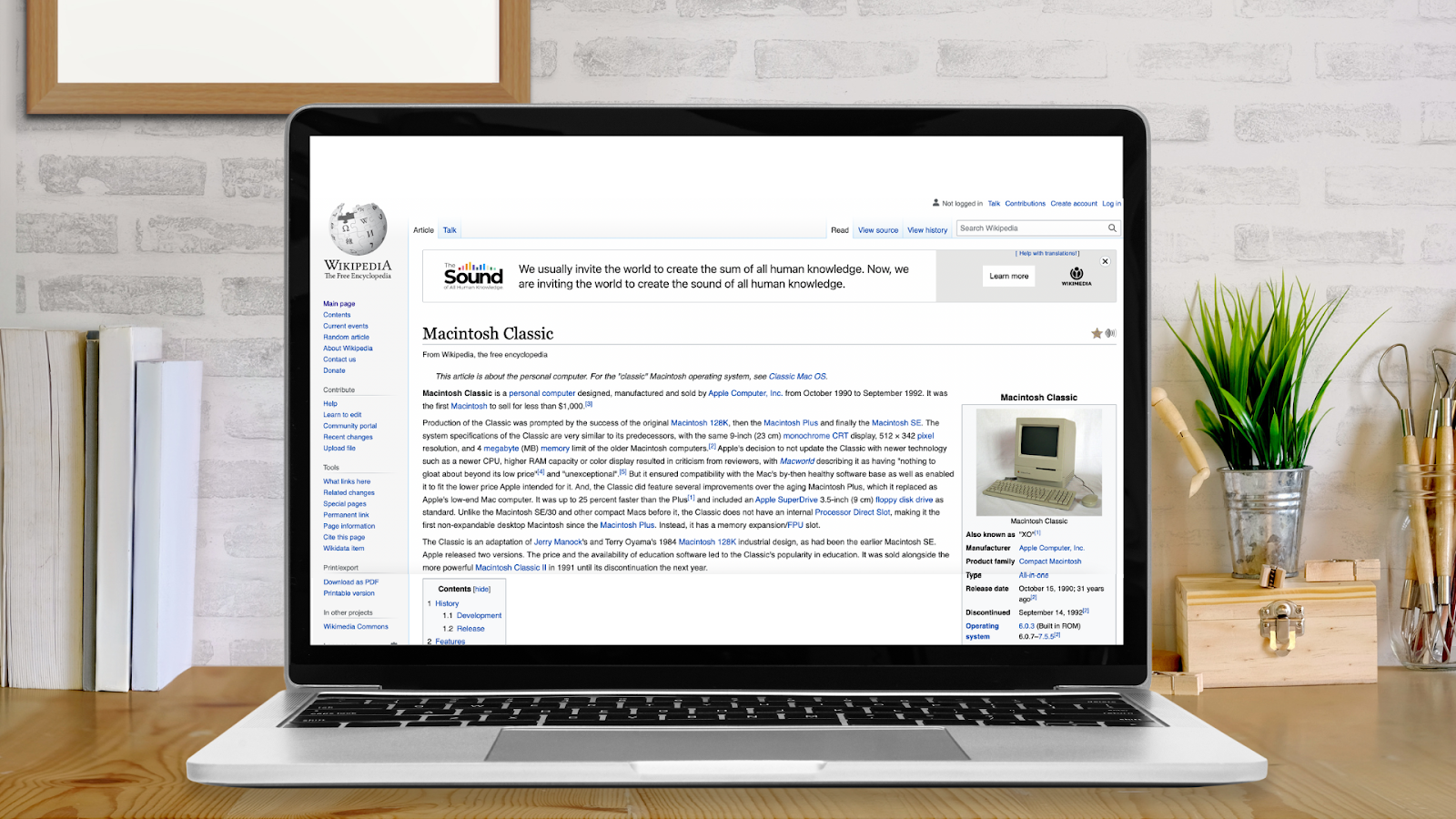 The Wiki game (or Wikipedia game) is a unique game you play anywhere with a Wi-Fi connection. In this game, you try to get from one random Wikipedia article to your preselected target article in the fewest clicks possible.

The first thing to do in this game is to decide on your target Wikipedia article. You can either choose this yourself or use a WikiRoulette to determine the target article. Then use your imagination or WikiRoulette to select your starting article. Wordle is one of the most popular trends in the world right now. The New York Times bought this small online game in 2022, significantly boosting its popularity. The site posts one puzzle daily, and the goal is to solve the word in as few guesses as possible.

Accordion is a solitaire game you can easily spend hours playing. If you’re tired of your basic solitaire, you should try accordion. This game is also quite hard to win, but the concept is much simpler.

Deal all 52 cards face up on a flat surface in front of you. Lay them out one by one from left to right. If you run out of space, feel free to continue laying out the cards below the first row. The goal of the game is to stack all of the cards into one pile or as few piles as possible.

Move any card immediately to the left or the third card on the left. But to move the card, the suit or the number must match. Keep shifting the cards to the left whenever there is a blank space to keep track.

You win the game when you manage to stack all of the cards into one pile.

Rubik’s cube is one of the most famous games you can play alone. Although this colorful cube looks like an easy game, it is deceptively tricky and requires a lot of strategies.

First, you should identify the colors to play the basic 3×3 Rubik’s cube. The objective of the game is to match all of the same colors to the same side of the cube. It doesn’t matter which color goes where as long as all the colors are together by the time you solve the cube.

Keep moving around the little squares until the six sides of the cubes are solved with the same color on each side.

Lev
I am a passionate writer who enjoys inspiring others to play games and have fun. I ran a pub crawl for 3 years, running drinking games almost daily with my guests. I also come from a huge game-loving family, so you could say games are in my nature.

Latest posts by Lev (see all)

OBJECTIVE OF LIE DETECTOR: The objective of Lie Detector is ...

SUCK FOR A BUCK

OBJECTIVE OF SUCK FOR A BUCK: The objective of Suck ...

OBJECTIVE OF BACHELORETTE PHOTO CHALLENGE: The objective of Bachelorette Photo ...